This section looks at some properties and residents in Lake Lane that was once part of Yapton Parish Council but is now part of Barnham.

Rectory Estate belonged to Boxgrove Priory before the Dissolution. The centuries since have seen these lands subdivided and ownership changed.  The farmhouse was built for Yeoman Joseph Postlethwaite, a gentleman farmer owning approximately 76 acres. The date stone on the building inscribed 1733 relates to the date of the marriage of Joseph and Elizabeth Postlethwaite. A new brick front has been added to ‘gentrify’ the property which was originally a ‘two up, two down’. Additional accommodation has been built at right angle to the earlier dwelling and cowsheds have been incorporated into the living quarters.

In 1820 Parsonage Farmhouse became the home of George New whose son George and daughter-in-law Ann worked and lived at Barnham Mill in Yapton Road.  The small shops next to the Mill are still called Parsonage Farm.

Another resident of note was Richard Collins (1851-1937), Churchwarden at St Mary’s Church. He was brother to William Collins, farmer, postmaster, grocer, butcher and baker of Elm Tree Stores at Eastergate.  Richard Collins lived at Parsonage Farmhouse for 70 years and his daughter, Elizabeth, lived there for 12 years. In the 1950s the house was owned by Mrs L Fradd who carried out extensive restoration work.

Holt’s Bakery in Lake Lane will be remembered by many from their school days when Roy Holt invited children in to see how bread was made.  Roy Holt was born in July 1918 in Shepperton to the son of master baker Stanley Holt and was the grandson of E.Holt who was also a baker.  At the age of 15, Roy and his father returned from 10 hard years in Canada to set up the bakery at a cottage called The Macrocarpas now known as the Whyte Cottage.

During the Second World War, Roy was away serving with the Mobile Field Bakery but on his return he helped his father to expand the business.  By 1950, they were able to buy their own premises and modern machinery.

When Roy Holt retired in 1982, 48 years of Holt’s bakery in Barnham came to an end.  The site is now a housing development called Bluebell Woods.  Mr Holt died aged 75 and is laid to rest in Walberton Churchyard.

The property was built around 1900; in 1890 only a barn was shown in the Marshall Papers (WSRO ADD MS 24178) and by 1913 Cox’s farm was shown. The small farmhouse was occupied by Alfred Snelling who was 36 in 1900 and who had moved from Surrey where he had lived with his mother, Hannah Snelling.

Harry Dart, in his memoir, Harry Dart's Memoir [pdf] 5MB refers to milk being delivered direct from Mr Snelling’s herd at Cox’s Farm in Lake Lane “I remember his eldest daughter – a buxom person – bringing 2 large pails of milk across the fields to Yapton Road slung on a yoke across her shoulders.” It will be seen that this was Ethel, Mr Snelling’s step daughter. Mr Norman Storer, the current owner, found an old broken yoke in his garage in 1964 which he gave to the collection at Barnham Mill when it was open to the public.

The census for 1911 lists the following:

Mary Snelling was previously married to Percy J Woods and they had two daughters, Edith and Ethel. They lived at Ockford Road, Godalming. By 1901, Mary was a widow, boarding with Alfred Snelling and his widowed mother in Godalming. Alfred and Mary married that same year. Daughter Edith was living with her cousin, Charles Mitchell and his family at Hambledon and Ethel was living with an aunt and uncle, also at Hambledon. In 1911 Edith age 22 was employed as a parlour maid in Dunsfold so only Ethel stayed with the new family in Barnham.

In the 1920s Alfred and his sons set up a coal and coke, haulage and removal business.

The house has changed hands many times over the years and also changed its name. It became ‘Branscombe’ and was renamed in 1964 ‘Rievaulx Cottage’ by the latest owner who is still in residence in 2016.

Best known as a tomato nursery with acres of glasshouses, this was once a rose nursery. The house, ‘Pollards’ was built by Harry Hilton, one time apprentice carpenter to William Dart. Mr Dart’s son, Harry, says in his memoir Harry Dart's Memoir [pdf] 5MB that Harry Hilton also built The Poplars in Yapton Road and Redmays in Lake Lane. The house Pollards was built for Eric Pain who ran the ironmongers in Barnham, called Alfred Pain of Arundel. Later the house was owned by Mrs Treweeks, a local artist, and then by her son Richard. The house has since been demolished.

Eric Wall began the tomato nursery in 1977 starting with 2.5 acres and increasing to 28 acres. Today the business is managed by his son, Chris, and part of the original site has been sold for housing. 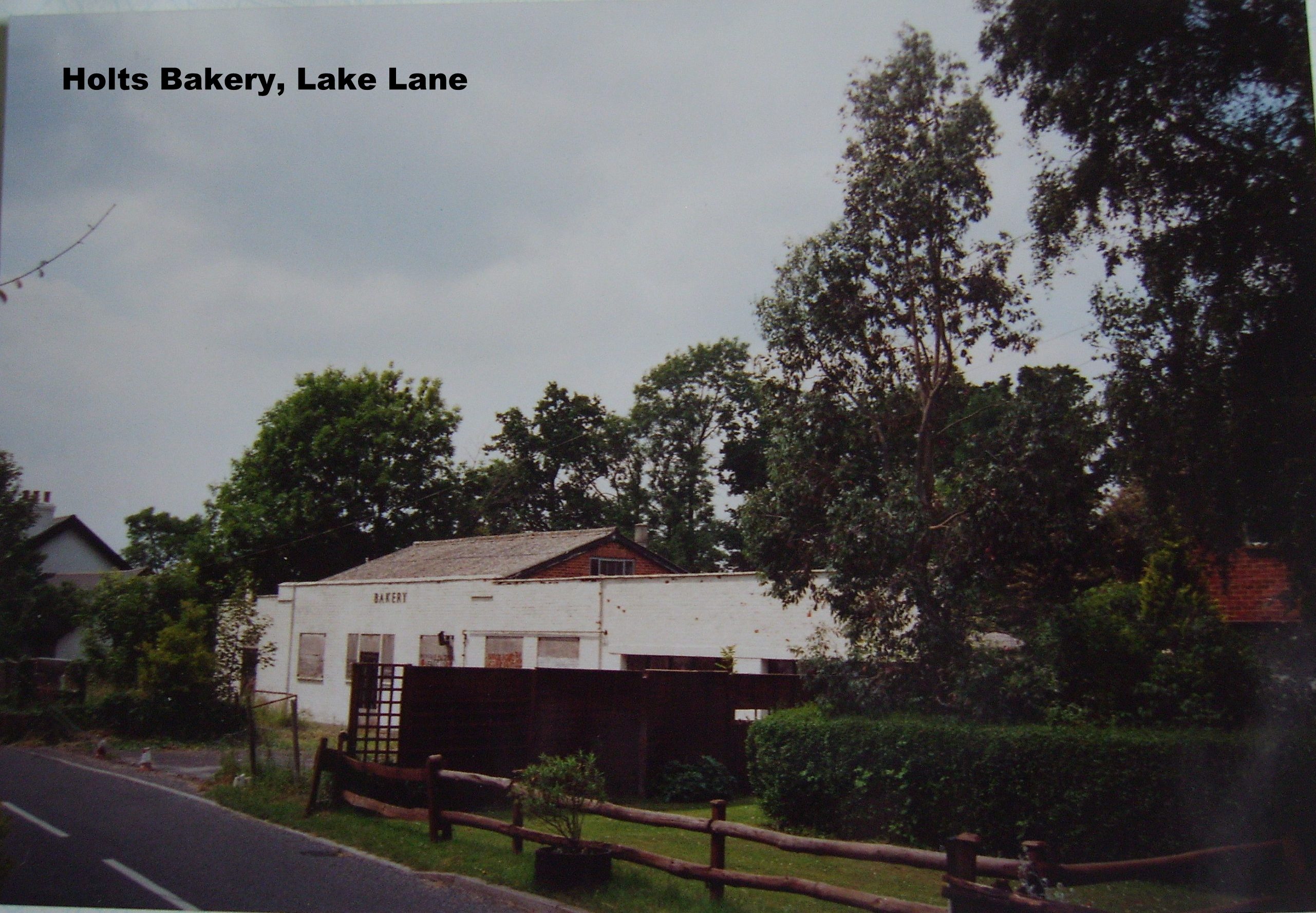