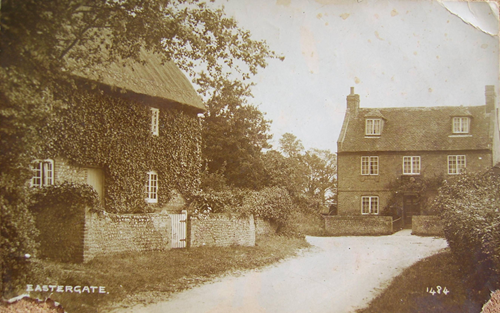 The life of John Wilkes (1727-1797) can be found by the scholar seeking a full history but briefly it is this:

Whilst MP for Aylesbury, Wilkes established a paper called ‘North Britain’ which attacked the politicians of the day including the Prime Minister Lord Bute.  Parliament was said to be in the pocket of King George III.  In 1763 paper No.45 contained a criticism of the King’s Speech to Parliament accusing the king of lying.  Wilkes and 48 others were arrested on a General Warrant which stated neither the name of the accused or the offence.  Wilkes sued for false imprisonment and established i)  freedom from arrest except for a crime known to law, ii) the right to treat the King’s Speech to Parliament as a ministerial programme and not as the King’s own expression of will, and iii) the right to criticize that programme.  On his release, there were celebrations in towns and cities up and down the country with the Chichester Market Cross being illuminated by hundreds of candles.

Wilkes was subsequently outlawed abroad but continued to be supported financially by the Whigs.  On his return to Britain, he tried several times to be elected only to be repeatedly expelled.  Eventually, he succeeded in establishing the right of the people to be represented by the person of their choice.  He was elected as MP for Middlesex and was instrumental in the Parliamentary Reform Acts.  Amongst these reforms was the publication of Parliamentary debates.  He also supported religious tolerance, American independence and an extension of the franchise.

Wilkes was a celebrity in his day and he went on to become Lord Mayor of London in 1773 and Chamberlain of the City of London in 1779.  Six years after his death, the Inn at Eastergate opened and the notorious fighter for liberty was chosen as its name. 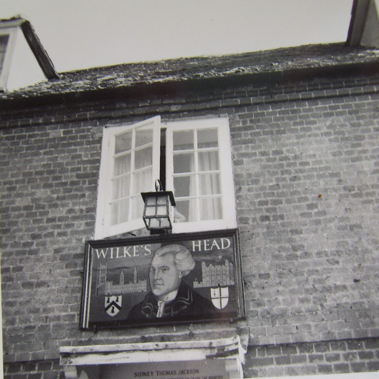 The sign, which is no longer in situ, shows the Houses of Parliament on the left and the Tower of London on right.

The tithe map and apportionment of 1845 lists the brewery at The Wilkes Head as George Henty of Chichester and the publican as Henry R Goatcher.  In 1915, the brewery was the same but the new publican was Thomas Jackson who, supported by his wife Edith, was the landlord for 23 years.  On his retirement in 1938, Thomas’ son Sidney and his wife May took over the reins.

Sidney and May Jackson remained until 1956 ending 41 years of the Jackson family as licensees.  Landlords come and go: the local press tells us that the Jacksons were followed by Mr and Mrs Aubrey Ratcliffe from the Skinners Arms at Godalming and in 1978 ex-Liverpool centre forward Alan Arnell and his wife Rosemary were in charge. If you can add to this list, please get in touch.

With thanks to Trevor Jackson (Jacko) who has many original papers and images relating to his parent’s time at the Wilkes Head.