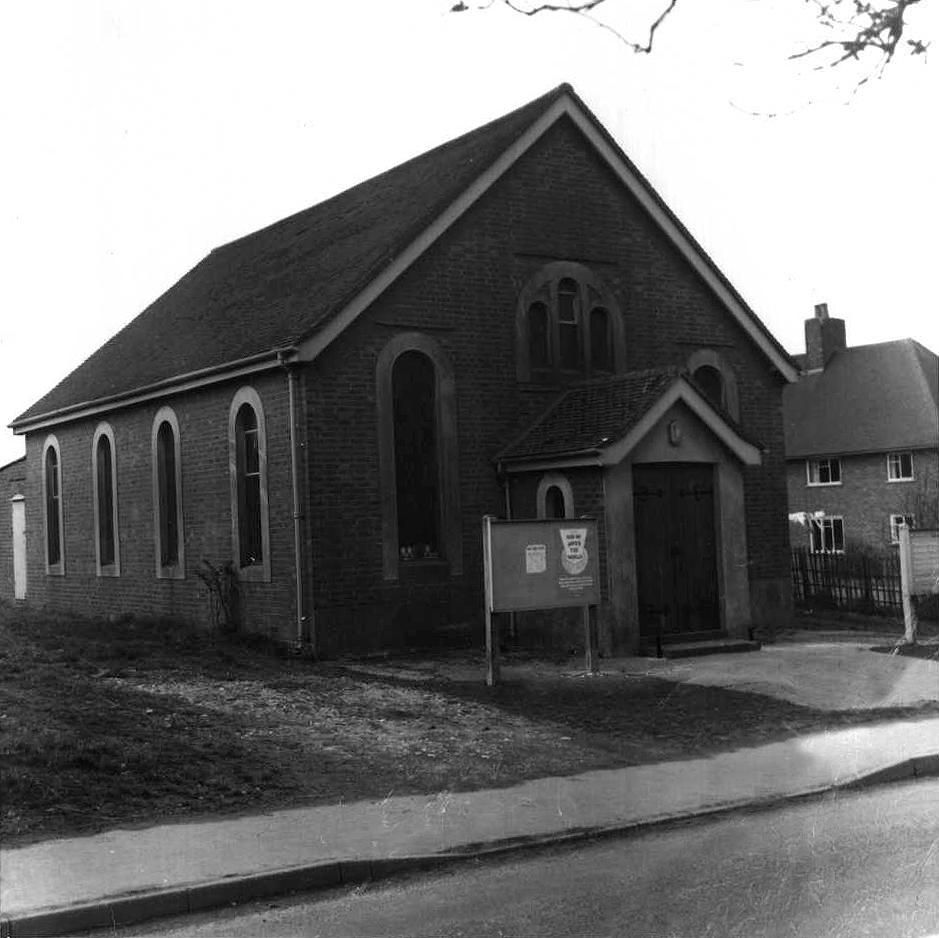 The Stationmaster in the 1920s was a Mr Hewett and, with his wife Ada and their two sons, they began the first recorded Methodist meetings in their home in Barnham on Sunday evenings. As the numbers grew, the meeting hall opposite the station was used. This hall, attached to the thriving Barnham Livestock Market, later became the hardware shop, Barnham Joinery (closed in 2012). According to William Chandler in his 1949 scrapbook, the first service in the hall was conducted by Reverend F Sandy on 3rd July 1923. There were many children in Barnham at that time and a Sunday school was started with many of the 14 Harris family children in attendance.

Eventually it was decided to build a church and a suitable site was found in Yapton Road on land previously owned by the late WA Hounsom, described by Harry Dart as “a practising Methodist and an advocate of teetotalism” who farmed at Bonhams just over the border into Yapton. Mr Hounsom had also been Chairman of Barnham Parish Council and would no doubt have been very happy to know that a church was to be built on his land. The new church was made possible through a gift in 1928 of £180 from Methodist benefactor Joseph Rank and the fundraising efforts of the congregation including shows put on in the new village hall. It is said that Tom Harris, the carter at Court Farm, hired the hall for these shows and that many of his children took part. It is a credit to the people that the church, with room for 100, was completed at a cost of £1300. William Chandler wrote that the church was formally opened on 17th January 1931 by Mrs Staley of Bognor Regis with the President of the Methodist Conference, Dr R Workman taking the service. By 1949 it was proposed to build a Sunday school on nearby vacant ground as the number of children at the primary school had grown to seventy but this did not transpire.

When Mrs Ada Hewett died in 1956 at the age of 92, a tablet was erected in her memory for her services to the church.

Fifty years of Methodism in Barnham was celebrated in 1973 with a weekend of special services and a birthday tea.  Sadly by the 21st century it had become necessary to close the church and to sell the site. The last service was held on 22nd December 2002 at 11 a.m. The building was purchased by The Lilywhite Funeral Company with accommodation on the first floor but the exterior has changed very little since it was built.

Click here Programme [pdf] 868KB to view a pdf of the programme for the 1973 celebrations and the letter written in 2002 by the Reverend Philip Seaton announcing the closure of the church, both documents contributed by Miss J. Knight.